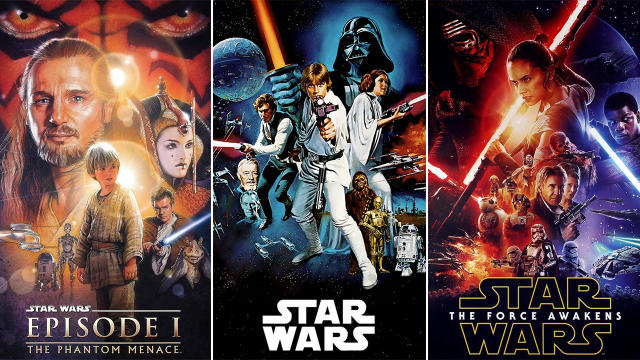 There are currently 10 live-action Star Wars movies in existence, and, for anyone new to the franchise, deciding what order to watch those movies in can be a daunting task. Do you watch them in release order, starting with Episode 4: A New Hope? Or do you follow simply watch them numerically, starting with Episode 1: The Phantom Menace? And then what about those "Star Wars Story" spin-offs? Well, look no further, as we delve into seven options to watch the iconic sci-fi franchise.

First, before we get started, we should note that there are multiple versions of each Star Wars film available today, including the newly minted Disney Plus versions. Plus there are multiple fan edits, including the ‘anti-cheese edition’ of the prequel trilogy which attempts to remove Jar-Jar Binks from existence. Below, we are only discussing the Disney Plus versions which are seemingly George Lucas's definite editions (for now, at least).

Second, we're only counting major, live-action releases. That means no Star Wars: The Clone Wars or those infamous Christmas specials. 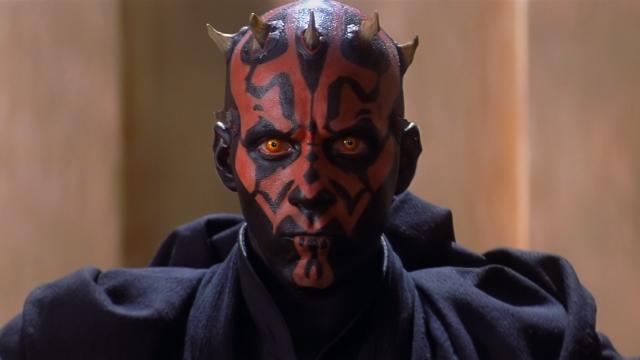 The order:The Phantom Menace, Attack of the Clones, Revenge of the Sith, Solo,Rogue One, A New Hope, The Empire Strikes Back, Return of the Jedi,The Force Awakens,The Last Jedi

What is it?Ever had this discussion?

Person B: "Which first one? The first one, or the first first one?"

While the original movie from 1977 was originally titled simply "Star Wars", it was later amended to be known as Star Wars: Episode IV - A New Hope. As a result, the order in which the films were released is not the order in which the events depicted in the galaxy far, far away happen. Watching the movies in episodic order lines the films up chronologically and, as it happens, is series creator George Lucas's preferred watching order. And who are we to argue with the man who created Jedi, The Force, and Luke Skywalker?

Pros:Arguably the simplest and most straight forward way to watch the movies. There are no flashbacks and nothing to confuse the uninitiated. Plus, with the spin-offs included, you get that seamless transition from Rogue One into A New Hope.

Cons:You start with the prequels, which are almost universally seen as the worst Star Wars movies. The Phantom Menace, which includes a lot of Jar Jar Binks, could put some viewers off watching the rest of the series. Watching the prequels first also dates the later movies, as the CGI can contrast with the practical effects of the original trilogy. 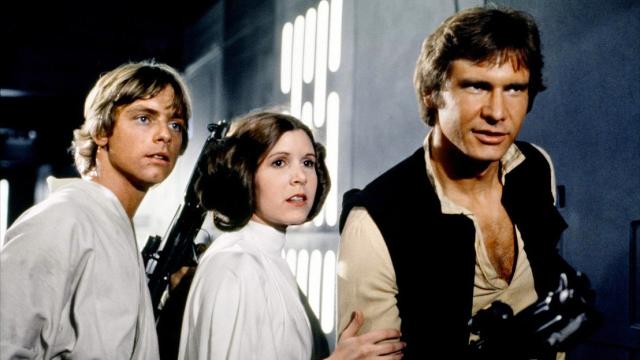 The order:A New Hope, The Empire Strikes Back, Return of the Jedi, The Phantom Menace, Attack of the Clones, Revenge of the Sith, The Force Awakens, Rogue One, The Last Jedi, Solo

What is it?Also a relatively simple way to watch the movies – starting with the one that reached cinemas first and ending with the last one in cinemas. There's no real work on the part of the marathon watchers here.

Pros:Watching the movies in release order gives you a few advantages over chronological order. That Darth Vader twist, for instance, is not ruined by the prequels, which reveal a certain young man's fate. And, depending on your age, this might be how you first saw the saga, potentially giving this order an extra dose of nostalgia.

Cons:This order includes multiple time jumps – skipping around from original trilogy, to prequel, to sequel, to spin-off, back to sequel – and can therefore be quite confusing for newcomers. 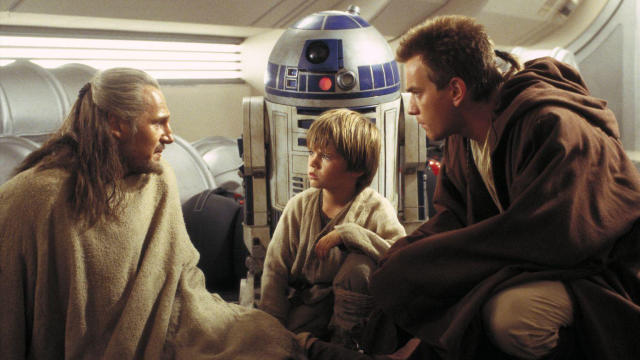 The order:A New Hope, The Empire Strikes Back, The Phantom Menace, Attack of the Clones, Revenge of the Sith, Return of the Jedi, The Force Awakens, The Last Jedi

What is it?Named after the Star Wars forum poster who proposed it, the Ernst Rister order treats the prequel trilogy as an extended flashback sequence detailing the rise of Darth Vader. That means that all important Vader twist is preserved and arguably heightened by the following flashbacks.

Pros:This order keeps the saga focused on Luke, making it far more digestible than many others and the mystery around Vader is kept in tact. There's also a decent amount of time that passes between Empire and Return, meaning that spending some time away from the original trilogy doesn't feel too jarring. Plus, you start with the original movie – one of the greatest movies of all time.

Cons:There's not really a good place to watch the spin-offs within this order, though many people elect to watch Rogue One and Solo after Return of the Jedi and before the sequel trilogy (there's also another option, but more on that below). Plus, the momentum of the original trilogy is somewhat lost when you add in a couple of hours to watch the prequels. Something that's slightly helped by... 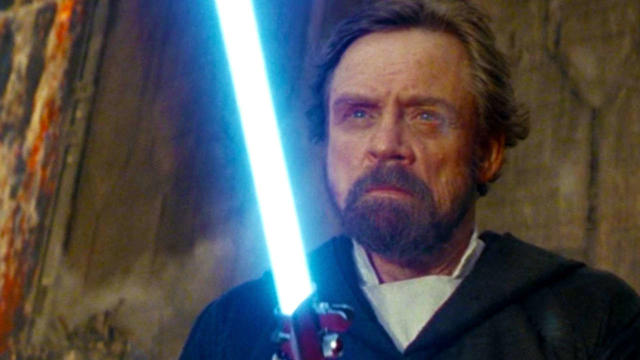 The order:A New Hope, The Empire Strikes Back, Attack of the Clones, Revenge of the Sith, Return of the Jedi, The Force Awakens, The Last Jedi

What is it?Star Wars fan and software developer Rod Hilton proposed the machete order back in 2011. Yes, it's almost identical to the Ernst Rister order. However, the Machete order removes The Phantom Menace all together. Why? Because many fans really, really dislike Episode 1.

Pros:All the pros of the Ernst Rister order and with even less Jar-Jar Binx.

Cons:Again, all he cons of the Ernst Rister order, plus you do still need to know what happens in The Phantom Menace, as a couple of events are mentioned again (including midichlorians, which are brought up again). You also miss out on the incredible lightsabrer battle known as the Duel of the Fates. 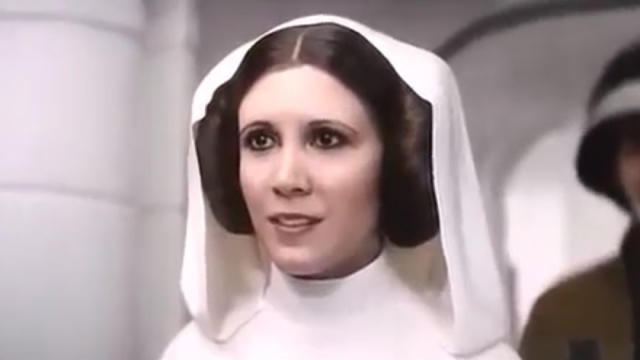 The order:A New Hope, Solo, Rogue One, The Empire Strikes Back, Phantom Menace, Attack of the Clones, Revenge of the Sith, Return of the Jedi, The Force Awakens, The Last Jedi

What is it?Much like how the Ernst Rister order, but this time with space to slot in those prequels. The flashback order uses Solo and Rogue One to give context to A New Hope, and the prequels to give extra context to Luke's relationship with Vader.

Cons:...however, their placement breaks up the original trilogy ever more than Rister's order. Jumping back and forth across the timeline might be fine for those well-versed in Star Wars, but can also be very confusing. Flashbacks work best when used sparingly, and this order relies heavily on them. 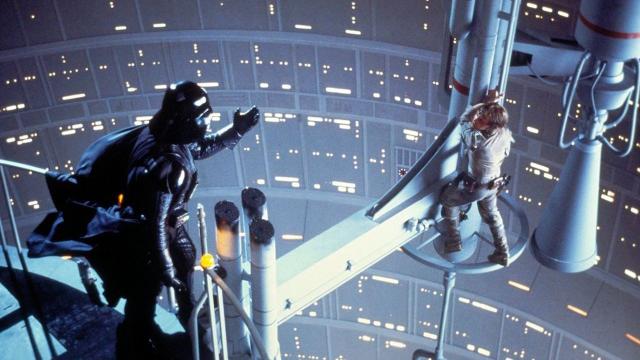 The order:A New Hope, The Phantom Menace, The Force Awakens, The Empire Strikes Back, Attack of the Clones, The Last Jedi, Return of the Jedi, Revenge of the Sith

Those are the famous words of George Lucas, who pointed out while working on Phantom Menace that he intended on certain thematic undercurrents to repeat themselves throughout multiple trilogies. This order, though highly unconventional, highlights those. In short, you watch the three 'part ones' in a row, then the three 'part twos', then two 'part threes' (at least, until Star Wars: The Rise of Skywalker arrives).

Pros:Should you be one of those fans who can recite every word of every Star Wars film, this method of watching can shine a light on some of the less-appreciated subtleties present throughout the series. If you consider yourself more interested in how film technique has evolved over the years than actual plot, it's fascinating.

Cons:This order is not for the uninitiated. The story becomes an absolute mess when viewed this way, and it's less about plot than it is the production and cinematography. 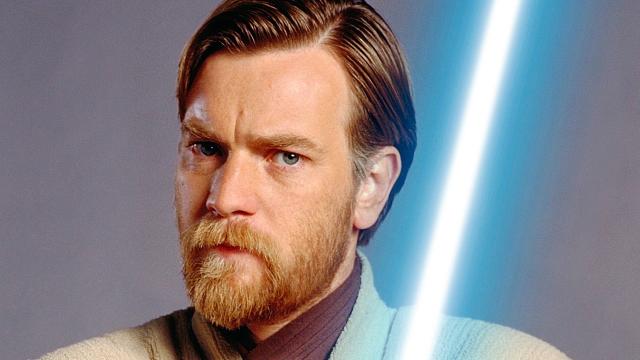 The order: A New Hope, The Phantom Menace, Attack of the Clones, Revenge of the Sith, The Empire Strikes Back, Return of the Jedi, The Force Awakens, The Last Jedi

What is it? Rather than putting Luke Skywalker front-and-centre, this order refocuses the story onto Obi-Wan Kenobi, relying on Ewan McGregor's performance to carry your enjoyment through the prequels. Flashing back to his journey after Luke destroys the Death Star shows how he became the wise old man we meet on the sands of Tatooine. Instead of a standard hero's journey from nobody to champion, Star Wars becomes a tale of an established hero passing the torch.

Pros:It's certainly a unique take on the Star Wars saga – most people would say that Luke or Anakin are the real heroes, but this order argues otherwise. If you feel like seeing a galaxy far, far away through someone else's eyes, try this. Plus the prequels get a new lease of life when the story is seemingly about Kenobi.

Cons:Surprisingly few. Really, the biggest downside is that the Darth Vader twist is spoilt. However, until the Obi-One series hits Disney Plus, we won't know how that quite fits into this all.